In 1989, Dr Woods saw the horrific results of hair transplant surgery and vowed to do no harm. In the late 80’s, doctors were taking large clumps of hair from the back of the head and placing it into the scalp leaving patients disfigured and with a “pluggy” look.

In approximately 1988, doctor’s realised that taking large plugs rapidly destroyed the donor area. They then decided that cutting a strip was a more efficient way of harvesting grafts. Dr Woods understood and realised that this was just the better of two evils.

Dr Woods encountered young men whose lives were destroyed by both techniques, their relationships, job opportunities and self-esteem were decimated. Young, fit and healthy men, were living their lives under a baseball cap to hide the scars and unnatural results.

Dr Woods decided that individual 0.5mm-1mm grafts must be removed via micro surgical techniques and proprioceptive skills and finely tuned micro surgical instrumentation. This approach was initially criticised, but is now emaulated (poorly).

The initial criticism by senior doctors claimed that transection rates would be so high as to render the approach futile because many grafts would be damaged, resulting in poor yield.

The reason being as all doctors, anatomists, and histologists in the world understood, as clearly demonstrated in all findings, that the follicles bend and twist under the skin in three dimensions like bananas.

And the follicles decended to varying depths. The bulb depth could vary by several millimetres. Therefore the only way to harvest was to take a large bunch. Hence the strip method excision method. 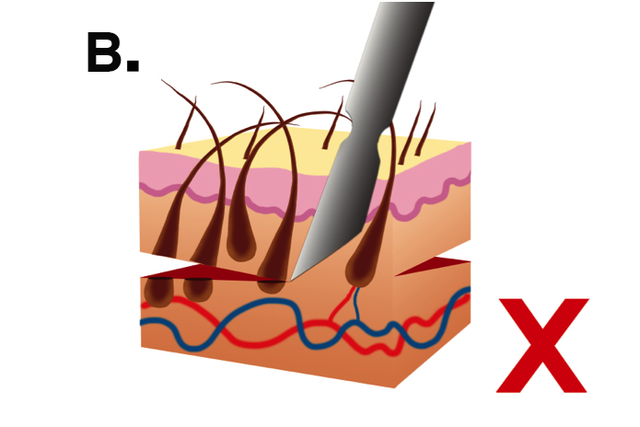 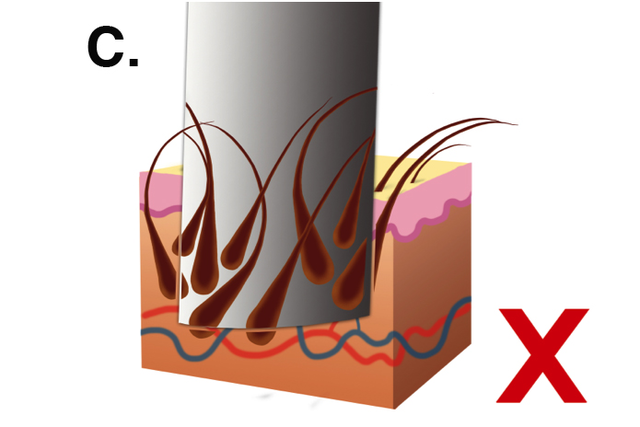 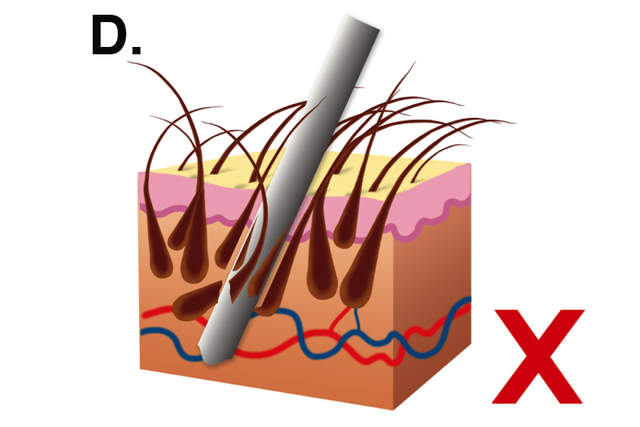 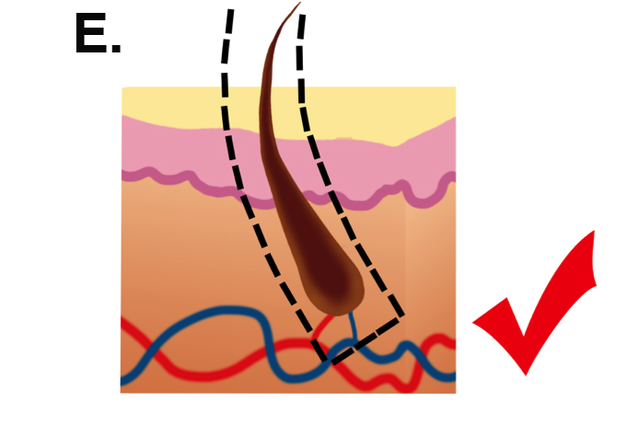 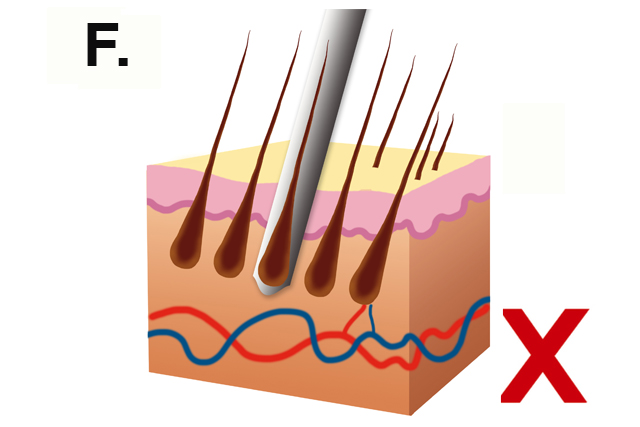 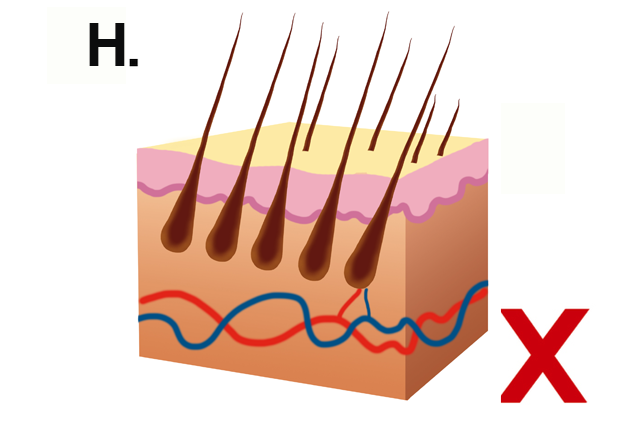 Dr Woods disagreed and challenged the paradigm, spending many years of hard work, practice, development, understanding and perfecting the art of perceiving the angle and DEPTH of each and every follicle.

This was particularly difficult as once an incision is made we are working at a level of tenths of a millimeter in the excisional perimeter, and following the pattern of which way the follicle is actually bending, in 3 dimensions. High power magnification is essential, but there are stages where it is “blind” and “feel” alone guides you. Although this was a great achievement in itself, providing enough follicles to provide a cosmetic result was the next challenge and took many years to perfect.

As all medical critics stated in the 1990’s, a small punch drill mechanism is impossible to achieve a result, because follicles are not naturally placed as “matches in a match box”, and hence could not be removed by small punches, without massive transection and destruction rates. And that is why no one world wide attempted FUE for 15 YEARS after Dr Woods, and then only did so due to enormous public pressure and demand. Interestingly, they still offered and mainly performed Strip Excision surgery (FUT).

By offering FUE, they got patients in, and then convinced them that they were not candidates, using the old “bait and switch” selling technique. Or, a “test patch, or trial” would be performed, and then stating that only FUT was a viable option.

They refused to believe that Dr Woods was working his way around the follicle using “feel” and high-powered magnification. Gradually he achieved large numbers to give significant hair transplantation outcomes and the most natural and perfect results ever seen in the World. In addition, Dr Woods new technique avoided the horrific scarring and irreversible loss of follicles in the donor areas seen in “standard” surgeries. 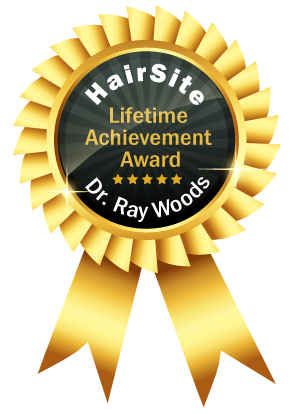 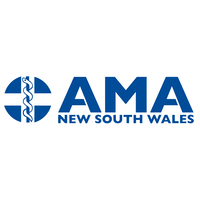 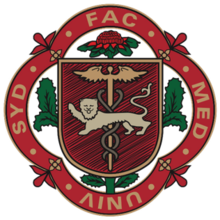 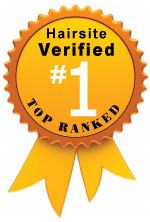 In 1998, Dr Woods encountered patients who had horrific damage to the donor areas (back of head) and still had significant baldness, unsightly hair plugs and scarring on top of the head. There was nothing anyone could do, as they had no or insufficient donor hair to repair the damage.

Dr Woods was suddenly struck with the idea that in cases of absolute desperation and disfigurement, chest hair could be used to infill scars on the hairline and throughout the frontal / crown region. The idea was that although it would not be like “donor Hair”, if kept short, the scars could be concealed and camouflaged. This is now known as body hair transplant, or BHT, conceived, invented and perfected by Dr Woods in Sydney.

The invention of body hair transplant was revolutionary and beyond the belief of the international medical community. Despite not only developing a successful alternative outdated and destructive hair transplant methods, Dr Woods also created a new technique to repair scarring and donor hair destruction using micro skin grafting and BHT. In 2003, millions of people in the USA and around the world witnessed The BHT/FUE technique on the “Ripley’s Believe It Or Not” program.

It must be stressed that the removal of body hair, where the follicles are even more “bendy” and three dimensional than donor hair, that there is no magic trick or formula. The process requires hard work, determination, patience and the single-minded effort to achieve this goal without unnecessarily destroying or transecting follicles, which the patient may need in the future. It has been shown that body hair placed on the head may grow longer when transplanted on the scalp. Dr wood’s discovery was published in the British Journal of Plastic Surgery in 2004.

Demand for the Woods Technique of FUE is extremely high and surgeries must be booked well in advance. Contact Dr Woods today for a no obligation hair transplantation consultation, and discover the cause of your hair loss and formulate a tailored treatment plan. Call us at +612 9560 0111 or email admin@thewoodstechnique.com